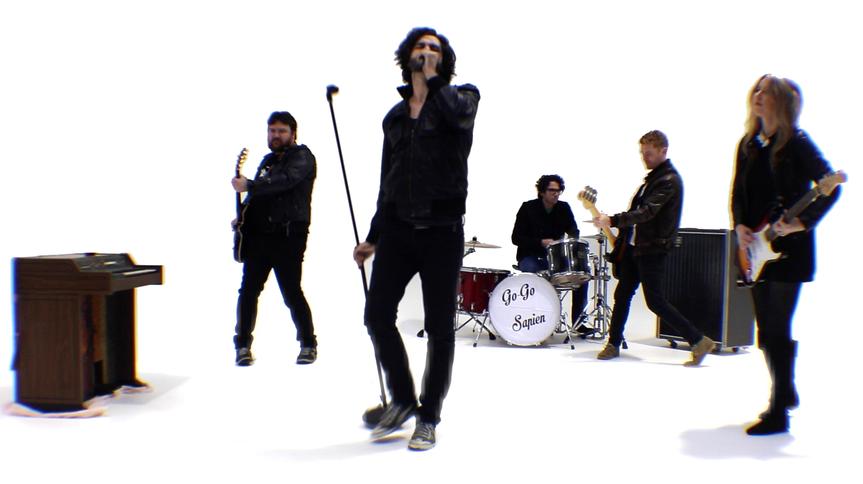 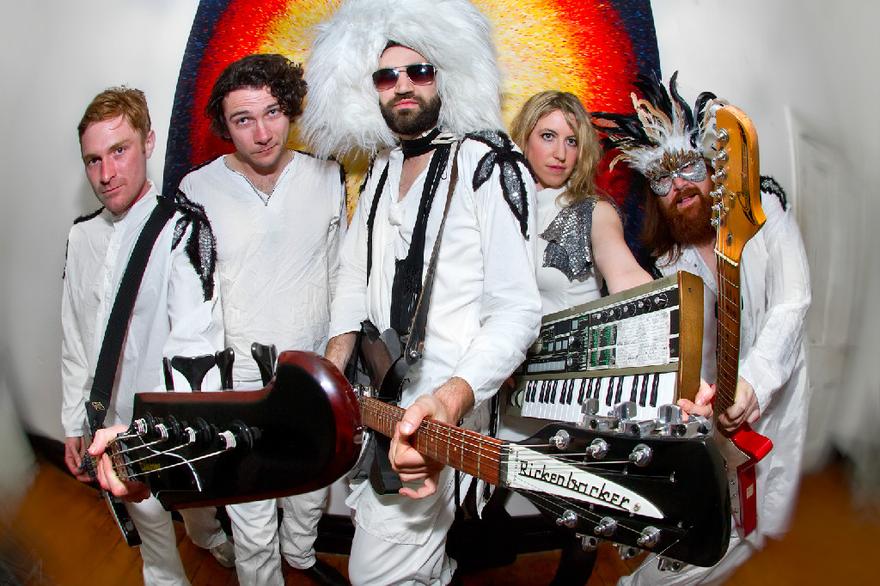 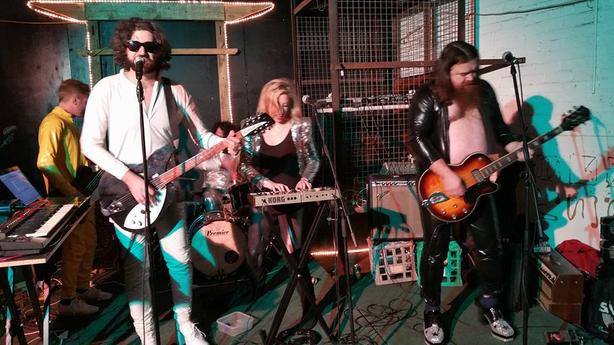 Featuring members of Tyrannamen, Damian Cowell's Disco machine and Wam 'n' Daz (Will Hindmarsh/Dave Graney) the band are poised to release their 3rd album Love in other Dimensions in Nov 2017.

Formed in 2006 as The Great Apes, the band performed extensively in their hometown of Melbourne before releasing their debut album Merman in 2009 under the new moniker of GO-GO SAPIEN.

The debut album (Merman) received the prestigious NARNIE award for Best Australian Album of 2009 from 3RRR's Banana Lounge Broadcasting radio program. (Dave Graney & Elizabeth McCarthy). It was described by Beat Magazine’s Patrick Emery as "A slick marriage of schlock tinged psychedelic pop and college humour…. it must be the product of evolution".

The debut album’s launch was advertised by a two week revolving art exhibition at Brunswick’s Eisenberg gallery. The exhibition featured 11 visual artists’ interpretations of songs from the album.

Building on the critical and creative success from their debut, the band shared stages with international and local luminaries; honing their strange/infectious brand of interstellar boogie across this great brown land...

2011 album concept album, 'This Body is Wrong for Us'   includes an album length film, drawing influence from the canon of classic sci-fi, schlock-horror B-movies and surrealist art films with a stellar cast of Melbournian musicians in the character roles  – Laura Jean, Kim Salmon, Liz Stringer, Dave Graney (...and many more!)

“Thank the Gods of music that we have bands like Go-Go Sapien who can act as an antidote for whenever rock ‘n’ roll takes itself too seriously. They are proudly over the top but know how to rock the f*** out with their tongues in cheek.”
-Alex Watts – TONE DEAF WEBSITE

"I predict that Go-Go Sapien will be some kind of huge act...They are GENIUS!"
-Dave Graney (Musician and Triple R FM Announcer)


“Not since Painters and Dockers and TISM has a Melbourne band delivered so much perverse pleasure.
3/5 - STACK MAGAZINE  ***

"As viciously entertaining as it is volatile. ..Go-Go Sapien’s sophomore release becomes a brutal, bloodthirsty beast which could be interpreted as a clever allusion to the otherwise fantastic quality of this album. 8/10 stars.”
Melanie Lewis- Tone Deaf Website ********


“The cosmic musical trip is expelled superbly by the band. ...Imagine Ed Wood being abducted by aliens, forced to mate inside Bootsy Colins’ wardrobe with the spawn being projected on to Brighton beach for a pow-wow shindig.”
-Shane Bell – The Melbourne Leader


“Go-Go Sapien are out on the margins, just doing what comes natural.”
Patrick Emery, BEAT MAGAZINE.


“There is nothing generic about Melbourne act Go-Go Sapien.”
-Rob McLean - Bunyip newspaper


Like The Pineapples From The Dawn Of Time, Go-Go Sapien have discovered a recipe for exploiting the humour within the psychedelic experience. And they do it walking upright. You can’t create this shit ….it must be the product of evolution’
Patrick Emery, Beat Magazine, Melbourne.